I wanted to send you an update and tell you ‘Thank You!’ for supporting our adoption last year!

Zeb has been home for one year and the changes that we have seen in him are nothing short of a miracle. When we adopted him from Ukraine last year, he had just turned 2 years old. He didn’t have the strength or ability to crawl or sit unsupported. Feeding him was very difficult and it took several months before he was able to drink from a bottle. We weren’t sure how quickly his progress would happen but we knew that God had great plans for him! Zeb started physical therapy, speech therapy and occupational therapy about a month after we got home. We are incredibly thankful for the group of professionals that have surrounded him and encouraged him to learn.

Now, after being home for a year, he is walking!, drinking from a straw cup, eating independently, and is beginning to talk. We are so, so proud of how far he has come. Orphanages are no place for a child. We have seen, in both of our boys, how growth is hindered, nutrition is lacking, emotional and social development is non-existent. The Lord has given us all a mighty opportunity to step out in faith and care for these children. Adoption is an option for many of the children that are literally wasting away but we just need more people to step out and get them!

We felt confident that the Lord would provide for us when we felt Him calling us to adopt Zeb, only 5 months after our first international adoption. Our money had all been spent on the first adoption and we didn’t have much in order to start Zeb’s. However, God provided some of that money through your organization and we are forever grateful. Thank you. Your support not only saved Zeb’s life but it has allowed his life to be a shining example to other families! His story is spurring other people to adopt and that is more than we could have ever asked for.

I’ve attached some pictures so you can see his adorable little smile! 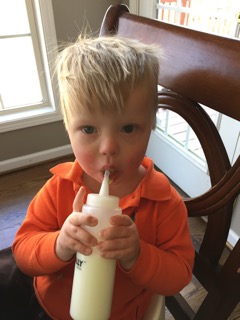 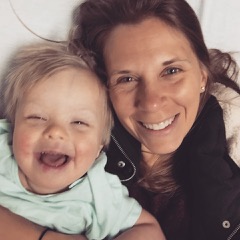 PS:  Last year, you guys helped us bring home Zeb, our 3 year old from Ukraine. In 2015, our son, Nikolas, was adopted from Bulgaria. This past weekend, I filmed a conversation that we had about adoption. He likes to talk about his time in Bulgaria and I figured that this one would be the same. However, he ended up speaking words of truth that are more powerful than mine could ever be. I wanted to share with you, in hopes that it could be an encouragement to you. We are so thankful for you guys and people like you, that gather around adoptive families and help them adopt!