Odell family “honored to serve Christ by loving and caring for His vulnerable children”.

Here is an update on the two children we are attempting to adopt. There is also a recent update from the orphanage director we were able to get on the little boy’s condition (cerebral palsy and other conditions). We did not take this decision lightly. On March 11th of this year, we first received Cyrus’s file. Honestly, though we thought he was adorable, we initially dismissed him rather quickly. We wanted someone with less severe medical needs, and quite frankly, this boy scared us with all of his unknowns. We thought from the start that we would adopt a young boy under age 7 with mild to moderate needs and possibly Down Syndrome (which our home study reflects), and also an older girl ages 8-15. We saw Celene’s file on my birthday, April 24th this year. We immediately felt a connection to this girl, but we wanted to wait to decide if we should go with Bulgaria’s “traditional’ route of being matched with a child instead of the ‘waiting child’ route, since we still hadn’t seen a young boy we felt was a good match. Corona hit and things were shut down, so we took our time to review many, many files of children who were waiting while completing our home study, but we just could not shake this particular little boy. I searched and searched for a new, more mild needs little boy to replace the affections in my heart that this little boy had stolen, but it was not to be. On the day we were about to submit an application for a different little boy who only had ‘strabismus’, we stopped dead in our tracks and reversed course. We knew that God had called us to Cyrus, and it was fear that was stopping us from moving forward with his adoption. We knew the little boy with mild needs would be adopted easily, and we knew without a family and proper medical care, Cyrus would soon be transferred to an adult institution where he would be without hope and would likely die. But we still doubted the Lord’s calling to a child with these severe needs at this stage of our lives still in the military. We had been waiting for Him to show us clearly that this is what we were supposed to do before basically ‘signing our lives away’ to care for this boy for the rest of our lives. We counted the cost, and we are ready for the call, and feel it a privilege to care for ‘the least of these’ that the Lord has called us to. They are worthy, and we are honored to serve Christ in this way by loving and caring for His vulnerable children. As Christians, we do not expect an easy and comfortable retirement someday. We plan to work for His kingdom and His glory until He calls us home. There is nothing that will make us happier this side of heaven than being in His will, even when what He asks us to do does not make sense to the rest of the world. On the days and times we doubt His calling, and waver in our decision from fear, He reassures us that if there were no element of doubt or fear, we would not need faith! We are currently working on getting letters and approval for a medical expedite due to his failure to thrive and lack of growth since April 2019 (he is almost 5 and weighs 23 pounds) to get Cyrus home to receive the medical care he desperately needs. We also submitted for Celine whom we have long believed was our daughter. At age 10, though, they are required to give consent, so there are some uncertains still. We will keep you updated on the progress of things!

Thank you for supporting our family through prayer and financial assistance. 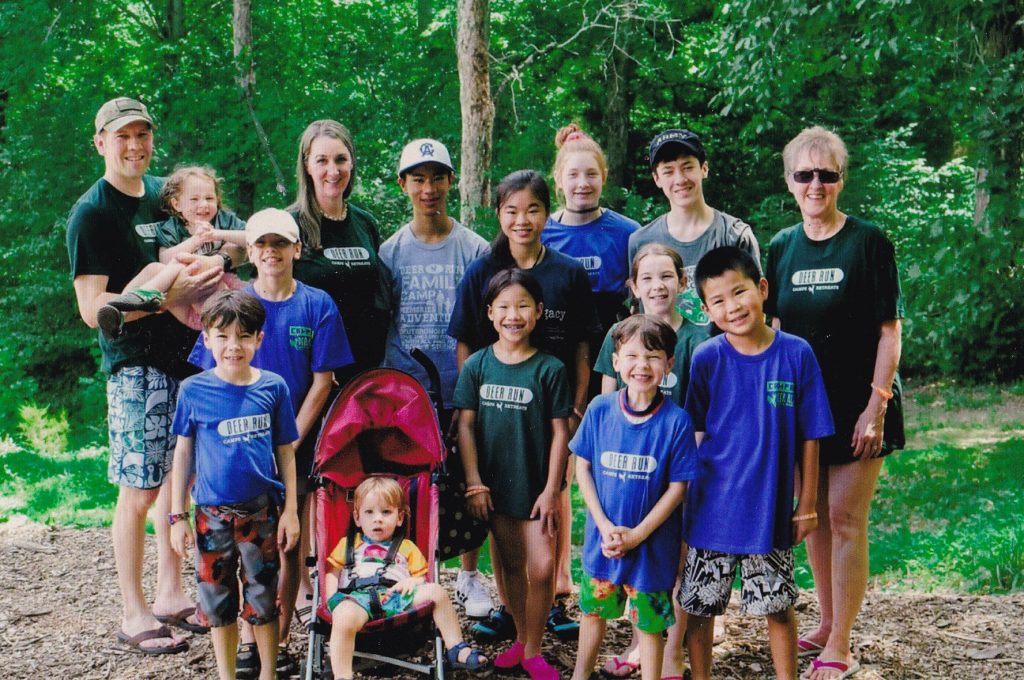